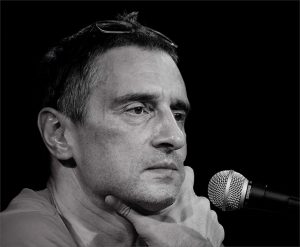 Sergei Medvedev is professor at the Higher School of Economics in Moscow. Previously, he worked at the Marshall Center for Security Studies and the Stiftung Wissenschaft und Politik in Germany , at the Finnish Institute of International Affairs, Istituto Affari Internazionali (Iatly) and the Institute of Europe (Moscow). He received a PhD in History of International Relations and Foreign Policy from the latter institution for his thesis on „European Politics of Pope John Paul II“, after having studied in the USA and in the Czech Republic. Medvedev has taught courses on Russian/Soviet political history and international relations throughout Europe and the USA and has published extensively on post- Soviet studies, European security, political geography and cultural anthropology. Medvedev is hosting TV shows for Radio Liberty and the Russian TV channel Doshd.