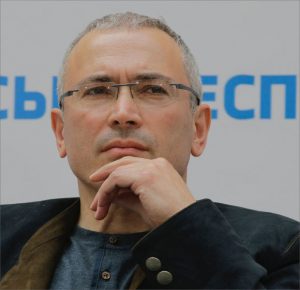 On 25 October 2003 Mikhail Khodorkovsky, one of the wealthiest men in Russia, a founder of what was the largest Russian oil company, Yukos, now 50 years old, was arrested. His first trial lasted almost a year, the second one and a half years. Khodorkovsky spent a year in a prison camp in Chita (Siberia), and the rest of the time in prisons, in a constantly lit cell under 24-hour video surveillance. Lately he was in a prison camp in the Russian Republic of Karelia. Khodorkovsky was pardoned by President Vladimir Putin and released from jail on 20 December 2013.